Peter Epstein began his career in 1984 in Portland, Oregon. After several years apprenticing with many of the region’s top jazz artists, he relocated to Los Angeles, California to study jazz and various world music genres at California Institute of the Arts. After receiving his BFA from CalArts in 1992, he moved to Brooklyn, New York. Since then he has appeared on over 40 recordings and has toured in 20+ countries with artists including Brad Shepik, Ralph Alessi, Bobby Previte, James Carney, Joao Paulo, Jim Black, Scott Colley, Ravi Coltrane, Medeski, Martin, & Wood, Peter Erskine, and many others. Peter has recorded six albums as a leader: Staring At the Sun, The Invisible, Solus, and Old School for the Japanese label MA Recordings; Lingua Franca for Songlines Records; and most recently, Absolute Realism for Origin Records. He is a founding member of the School for Improvisational Music in New York City and has taught numerous workshops at universities, conservatories, and music festivals throughout the United States (Eastman School of Music, California Institute of the Arts, New England Conservatory) and around the world (Nepal, India, Slovenia, Poland, Sweden, Germany, Portugal, Colombia). He received his Master of Music Degree in Saxophone Performance from the University of Nevada, Reno in 2004. Currently, Professor Epstein is enjoying his eighth year at UNR where he was promoted to Associate Professor on July 1, 2010 and also serves as the Director of Jazz & Improvisational Music. In addition to jazz saxophone, jazz history, and improvisation, he teaches a survey course on various musical cultures from around the world (MUS 431: Exploring World Music). Peter is a member of the Jazz Studies faculty ensemble, The Collective, and has appeared with the Reno Philharmonic Orchestra, Reno Chamber Orchestra, and Reno Jazz Orchestra. 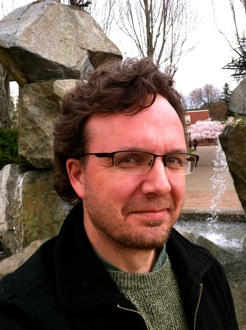 Composer and Jazz Pianist James Miley, recipient of the prestigious IAJE/ASCAP Gil Evans Fellowship in Jazz Composition, has been a featured composer at the International Jazz Composers Symposium in Tampa, FL, and made his Carnegie Hall debut as a composer with After the Water, the Clouds (2006), premiered by the James Logan Wind Symphony under the direction of Ramiro Barrera.  His work for large jazz ensembles has been commissioned by many of the top university and high school big bands in the nation, most recently for the California All-State Honor Jazz Band, the University of Texas at Arlington, the Las Vegas Academy and the Monterey Next Generation Festival.  He has appeared as a guest composer and director at numerous national and international festivals and universities over the past decade, including the Universities of Kansas, Michigan, Nevada, and Oregon, CSU Northridge, California Institute of the Arts, and the Kathmandu, Sundance (Nepal), Reno, San Joaquin, and Monterey Jazz Festivals. His catalog of compositions and arrangements is available through Walrus Music, Sierra Music and UNC Jazz Press.   www.jamesmiley.net 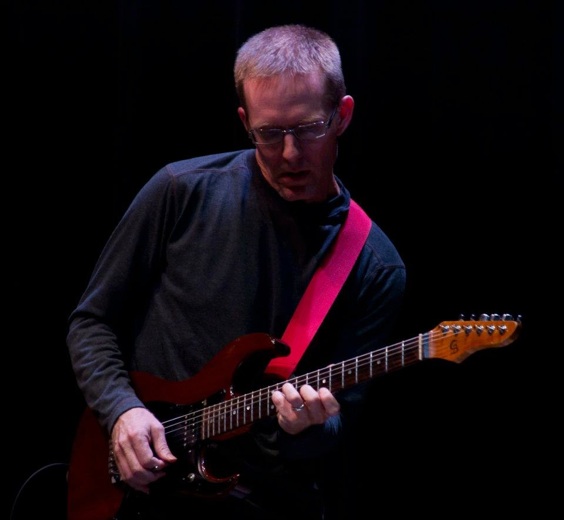 Jeff Miley also writes and performs with vocalist Inga Swearingen. He plays in the jazz power-trio “Altered”. And he lays down the low-end crunch with the rock opera / silent-film performance ensemble “Vox Lumiere”. Jeff has performed with Ron Miles, Tim Ries, Jon Anderson (from “Yes”), Ernie Watts, Bob Sheppard, Bobby Shew, Andy Martin, Josh Roseman, Adam Benjamin, Ralph Humphrey, and many others. He has been featured in Guitar Player Magazine, Jazzwise Magazine (U.K), Gendai Guitar Magazine (Japan), JazzTimes (U.S.) and The Himalayan Times (Nepal). He has an ever growing catalog of original music releases, and feels fortunate to be able to create and perform with so many wonderful collaborators. He received his Bachelor of Music Degree from California State University, Northridge, where he was a co-recipient of the Andres Segovia Performance Award from the American Guitar Society. Jeff also loves teaching, and does so at Cuesta College (San Luis Obispo, CA), Cal Poly Pomona, and the Los Angeles College of Music (Pasadena, CA).
www.jeffmiley.com 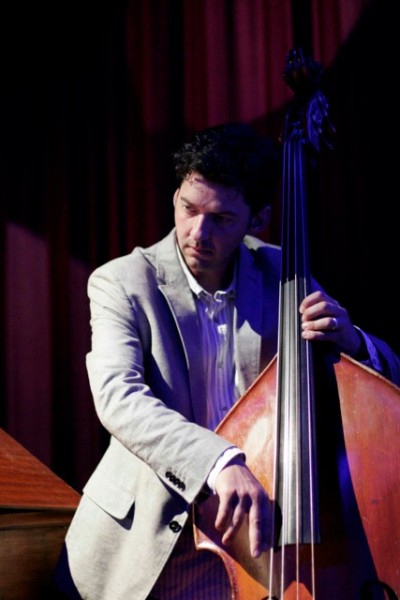 Bassist Roger Shew holds a Master’s degree in Jazz Studies/Bass Performance from Western Michigan University. He has studied under such acclaimed musicians as Rufus Reid, Tom Knific, Billy Hart, Darek Oles and Robert Hurst. Roger is based on the Los Angeles area, and performs across the Southland with musicians Joe Bagg, Matt Otto, Bill Cunliffe, Josh Nelson, Stacy Rowles, Eric Dries, Les Hooper, Club Django, Evan Stone, Jeff Ellwood, Bruce Babad, Joe Jewell and many others. Through travels across the country, he has also had the opportunity to perform with the NY Voices, Sunny Wilkinson, Billy Hart, Bob Brookmeyer, John Abercrombie, Bruce Forman, Kenny Werner and Dominique Eade. In 2001, Roger placed 3rd at the prestigious International Society of Bassists International Jazz Bass Competition. As an educator, Roger splits his time between Mt. San Antonio College & Fullerton College, where he teaches applied bass, history of Jazz and Rock classes, and as the head of the Jazz Department at Laguna Beach High School, where he runs the LB Jazz Orchestra and Combo program. 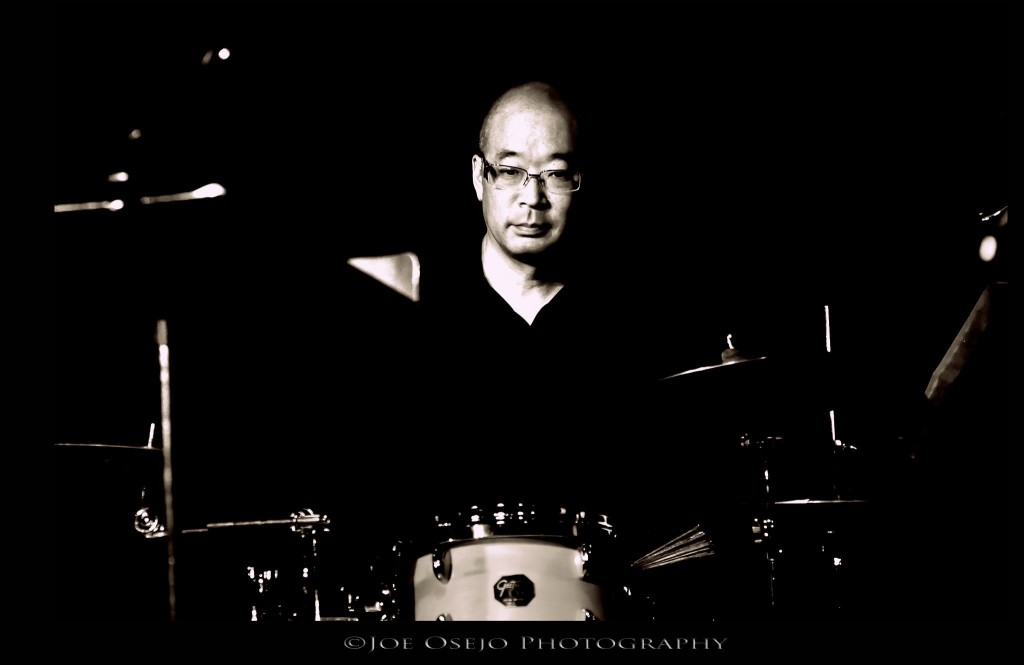 Brian Hamada – closet cowbell enthusiast, drummer and jazz educator – has performed with many jazz greats, including Dizzy Gillespie, Joe Williams, Rosemary Clooney, Ernie Watts, Bob Mintzer, Jeff Lorber, Peter Epstein, Tim Ries, Matt Otto, Michael Davis, Bobby Shew, Lanny Morgan and the inestimable Don Ho. As a member of the legendary CSU Fresno Jazz Band ‘A’ he toured Japan, Korea and Europe, performed at the Northsea and Montreux International Jazz Festivals, and in 1983 he was the recipient of a DownBeat jazz soloist award. He has been an active clinician and adjudicator throughout California & Nevada for nearly 20 years, maintains a vibrant drum studio in central California, and currently holds down the drum chair for the Fresno Jazz Composers Orchestra. Brian is teaching jazz drumset at CSU, Fresno in the Department of Music’s Jazz Studies degree option. He also directs the efforts of the Milestones “I” Ensemble, the creative small group of the Milestones Youth Jazz Workshop, founded in 2012 to provide more opportunities for local Fresno-area students to learn & play jazz.  He is also on the faculty of the Milestones Youth Jazz Summer Camp.
www.brianhamada.com